From Wembury Point you are treated to panoramic views out across Wembury Bay. On the far side of the Tamar, to your right, if you visit the information point at Wembury Point, you can see Rame Head in Cornwall. To your left are Gara Point and the mouth of the Yealm estuary.

But it is the Great Mewstone which dominates the view. This small rocky island stands about half a mile out from Wembury Point and is the largest offshore island for many miles along the South Devon coast. The Great Mewstone gets its name from the old English name for the herring gull and these, along with many other birds, are the only inhabitants on the island these days. It is owned by the National Trust and, as there is no public access, it is rich in wildlife and an important conservation area.

In 1744 a local man was found guilty of a minor crime and sentenced to be ‘transported’ to the island for seven years! He stayed there with his family for the entire time, not once returning to the mainland. His daughter, known as ‘Black Joan’ remained on the island, married and raised three children. Later, in the early 1800s, Samuel Wakeham and his wife Ann set up home on the island. They enlarged an existing house and cleared a garden to grow food and keep some animals. 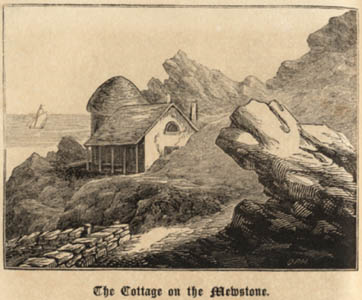 Sam offered boat trips from Wembury beach to the Mewstone. His instructions for people to summon him were printed in a letter in the magazine, South Devon Monthly Museum in 1834:

Sam might have stayed on the island for the rest of his days, had he not been caught smuggling! He was lured into a trap by a crafty excise man and had to leave the island. Nobody is recorded to have lived on the island since. The island was sold in the 1927 sale of the Langdon Estate and bought by Mr Stansell of Heybrook Bay for £500. He sold it on a year later to a Miss Goldman of London for £575, who then presented it to her brother as a wedding present! 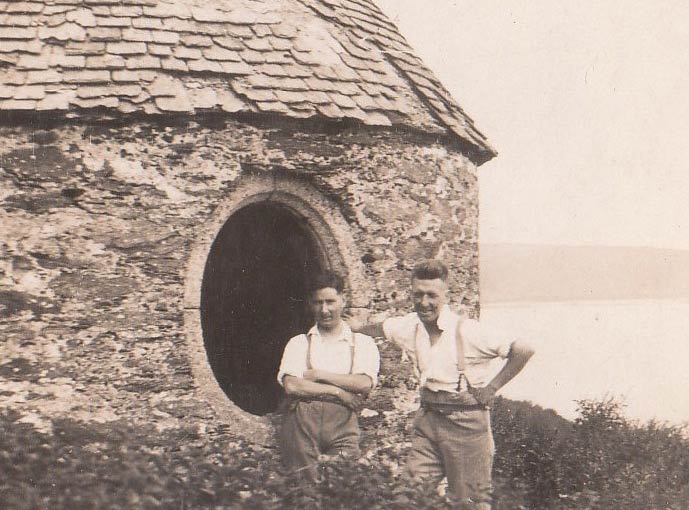 Visitors to the Great Mewstone in the 1920s, with kind permission of Gillian Long

In the line of fire

In World War II the Great Mewstone was taken over by the War Office. After the war it was retained because it lay in the line of fire from HMS Cambridge. This was the navy’s main shore based gunnery school in the south west, with its guns pointing out to sea from the hillside behind you. Live firing practice was conducted most  weekdays and shattered the peace of the coast for miles. HMS Cambridge was decommissioned in 2001. 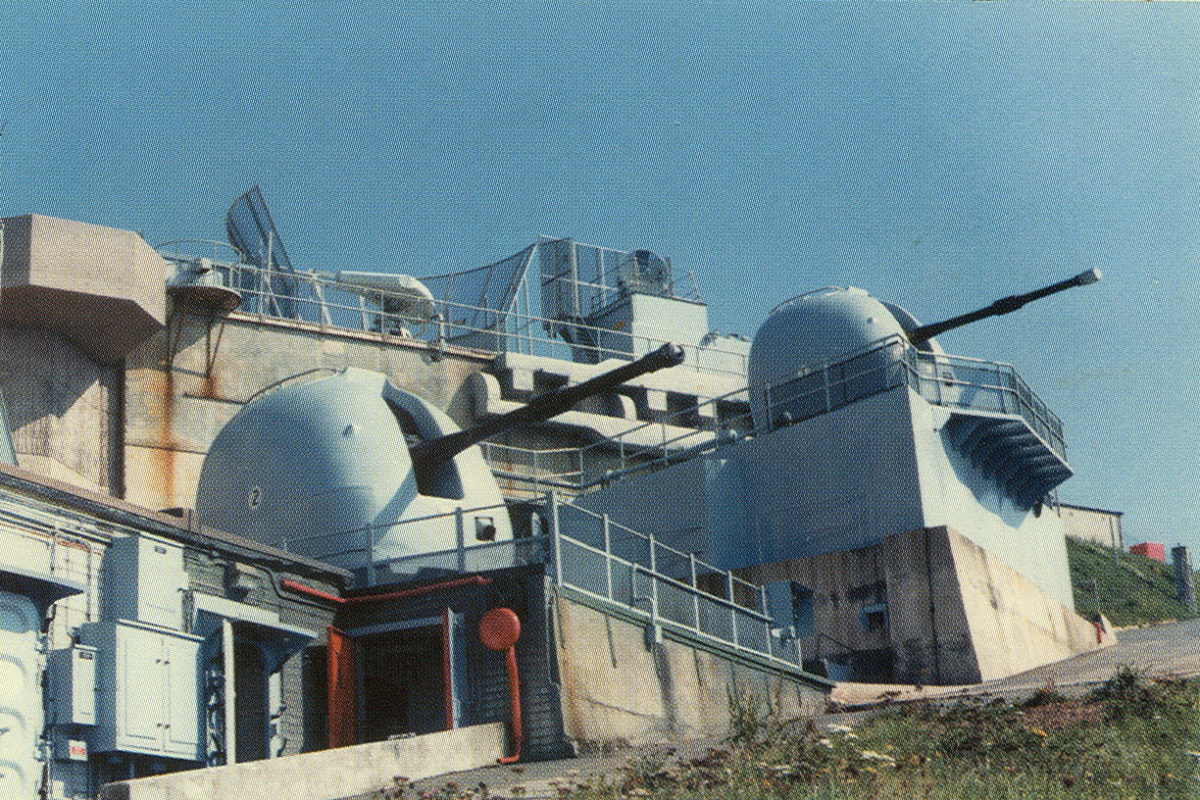 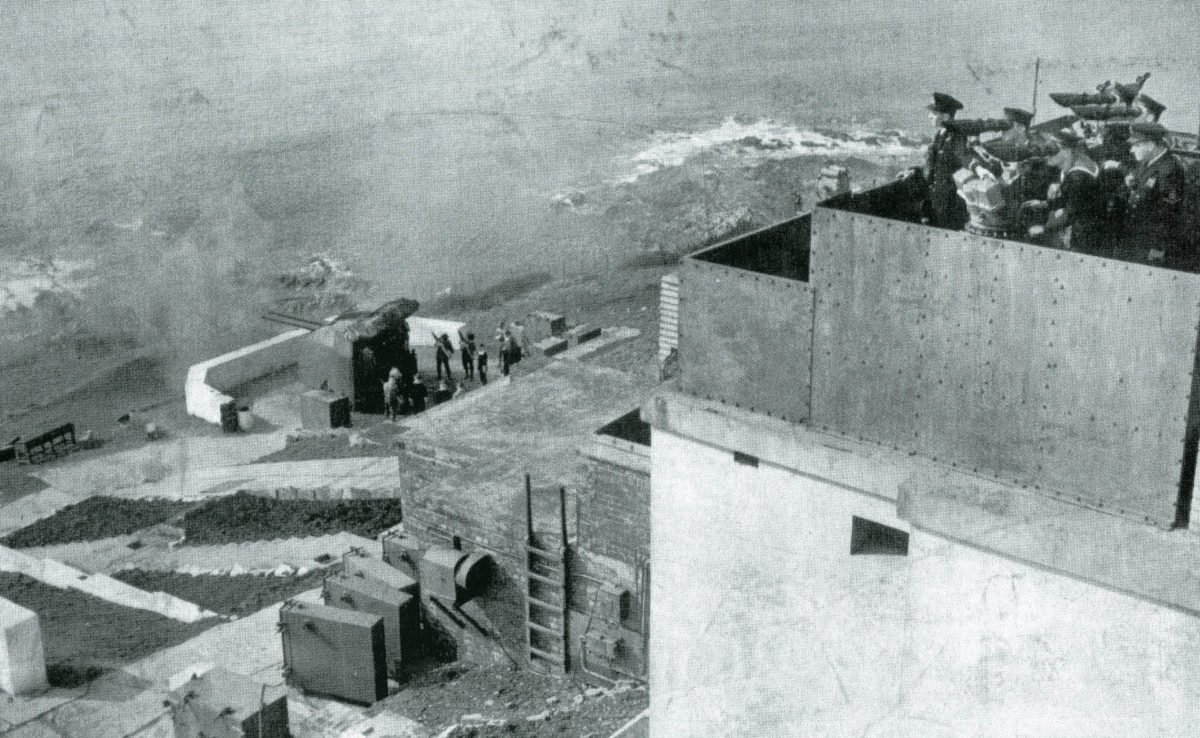 If you walk down to the coastline at Wembury Point, you can still see remains of a slipway and boathouse, used for trips over to the Great Mewstone. There are also remains of a seawater swimming pool. This was part of the Heybrook Bay Lido – a holiday camp with nearly 200 wooden chalets. It was one of two holiday camps which were sited here prior to the Second World War. One of the camps was fitted out with all mod cons including a roller rink on the roof! Find out more about the 1930s Wembury Point Holiday Camp. 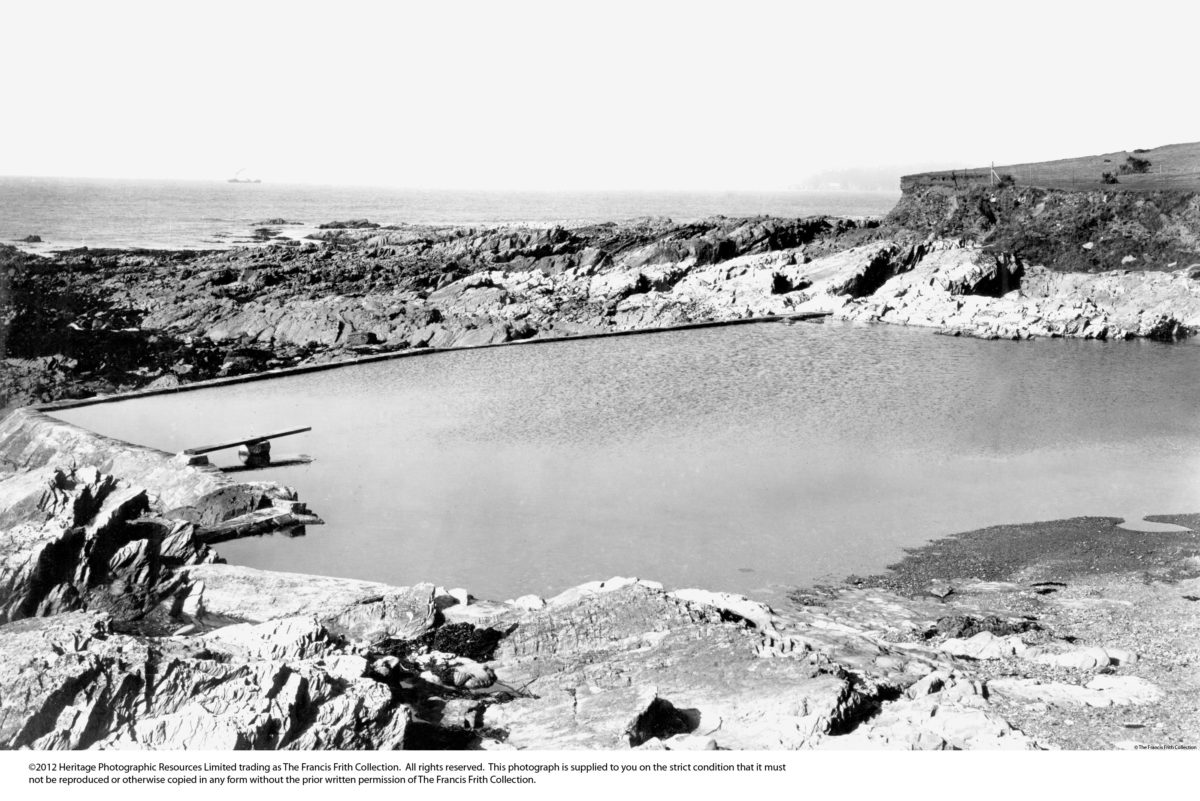